Enquiries at Rosecare’s home in Derbyshire were below the desired level.

Richmond home in Shirebrook was operating at below capacity and enquiries from potential residents were one per month.

After completing a “Diagnostics And Fill Beds Faster success plan” it was decided that a campaign should focus on raising the profile of the home among both the local public, as potential self-funders, and referral agencies.

Stories for the local media showcased the home’s good CQC rating, its intergenerational relationships with the community and innovative activities such as taking residents to the swimming baths.

These stories were “boosted” to maximum effect on social media.

Plus, ‘Accelerated engagement’ plans encouraged visitors to the home’s Facebook page to ‘share’ themed posts on the home’s care to generate a £1 donation to a charity. 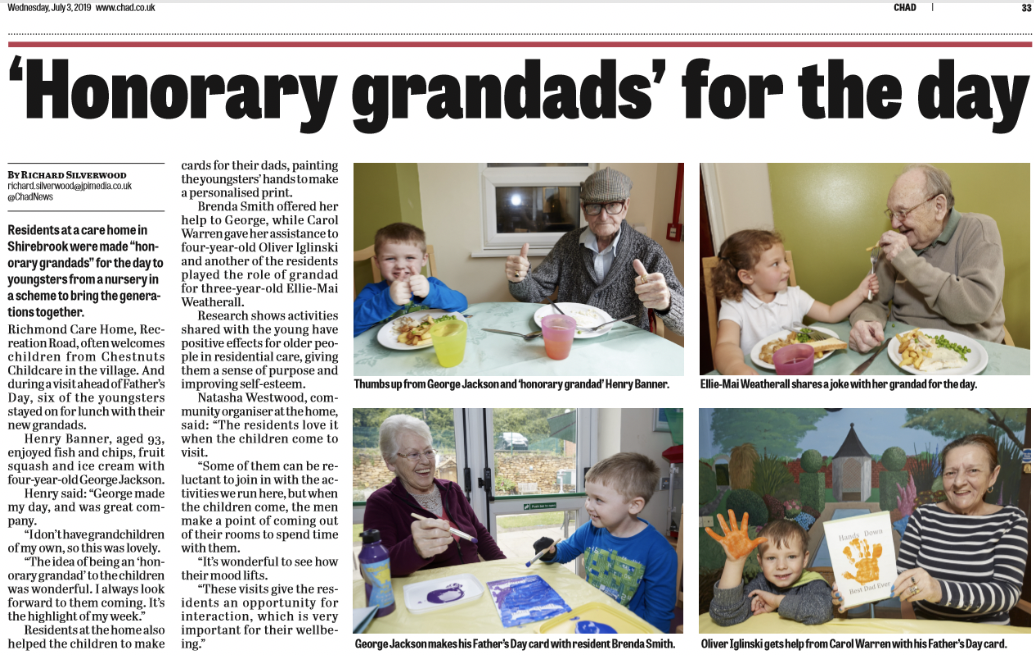 Being seen to support local organisations such as Derbyshire Carers not only enhanced the home’s reputation but also built awareness and relationships with key audiences.

To further help the home “get noticed” among stakeholders, a contact database was developed and bi-monthly e-shots distributed to put Richmond care home front and centre in the minds of local health and social care professionals, neighbouring businesses, related charities and more.

“This news is excellent, well done to you all at Richmond. Please can I have permission to add this to my newsletter. It is heart-warming to see Dignity at the heart of all you do.”  DF, Adult Social Care, Derbyshire CC

Awards were the final element of raising the home’s profile and Richmond was entered for two Great British Care Awards.

The home was shortlisted as a regional finalist in both categories which the home could then use in future marketing and on its website.

* Two permanent residents moved into the home, raising income by more than £60,000 (assuming occupancy for 12 months) and further four had stayed at the home for respite care.

* 77% of audience reached were non-fans, so introducing the home to a new audience

* Generated numerous positive comments about care at the home