Want to know how NOT to respond to a PR crisis? Ask the Japanese Olympic Committee

Founder of Springup PR
Want to know how NOT to respond to a PR crisis? Ask the Japanese Olympic Committee 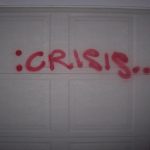 When a story inflicting immense damage on a business or organization hits media headlines, I’m interested in as much as how the company manages the crisis, as much as the crisis itself.

Volkswagen (cheating emissions test) and Chipotle (Norovirus) are two big brand names to have taken a recent reputational battering, from which they are recovering.

And today the Guardian reported that a suspicious-looking £1.3m payment (bribe?) from the successful Tokyo Olympic bid team to an account linked to the son of the former world athletics chief was apparently made during the run up to host the 2020 Games.

If ever your company should face a crisis situation that reaches the media, don’t ever model a response from that of the press team of the Japanese Olympic Committee (which oversaw the Tokyo Olympic bid)

What was their holding statement when Guardian reporter Owen Gibson put the £1.3m dodgy-looking payment allegations to them.

Err, sorry, we can’t answer that actually, because we’re “away on business for a week”

You don’t need to be a crisis control guru to recognize that if your global reputation is on the line you just are never “away for a week”.

Five minutes, maximum perhaps, to take a deep breath and gather your calm. But one week?

The golden rule of crisis control management is to respond quickly, honestly and reasonably.

Silence (or not caring two hoots by “being away ”) implies at best nonchalence, and at worst guilt.

So, if a  journalist drops you emails asking for a response to allegations, make sure you’re all set to respond in an appropriate manner.

The response by Hikariko Ono, spokeswoman for the Tokyo 2020 Organising Committee, was markedly improved.

“We believe that the Games were awarded to Tokyo because the city presented the best bid,” she told the Guardian.

He stated “The IOC’s chief ethics and compliance officer will continue to be in contact with all interested parties to clarify any alleged improper conduct.”

This Olympic corruption/bribery ‘story’ will rumble on. But someone should pull the Japanese Olympic Committee’s press team back into the office, and have sharp words with them.