Want your care home on the front page of your local paper?

Founder of Springup PR
Want your care home on the front page of your local paper?

Want your care home featured on the front page of your local paper?

Why settle for page 9 when you can be on the front?! 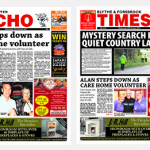 With the many positive ‘stories’ at your home – solid CQC reports, interesting events, well-attended openings, it takes something special’ to secure your home a front page headline (or ‘front page splash’ as I called it in my journalist days)

This month, we achieved such a ‘splash’ for a home, so I thought you might find it interesting to know how we did it.

Well, to be honest, there’s no ABC formula. Indeed it depends upon what else is happening in your region that journalists are writing about it, plus a dollop of luck.

But there’s two aspects that will make sure your news release is “in with a shout”.

Firstly, there has to be a strong and emotive ‘human interest’ element.

So, the ‘story’ we worked on revolved around an 86 year old gentleman, called Alan, who had volunteered at the care home every day for two years.

The headline on our news release was: “Alan, 86, says farewell to care home after volunteering every day for two years”

The home was where Alan’s wife had lived, and later passed away. But after his wife’s demise Alan continued his daily visits, helping residents with meal times and staying into the afternoon to socialise. 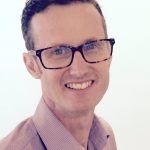 Our news release described in detail the couple’s life – when and how they had met, the jobs each had, and relevant family details.

The news release also weaved into it strong – and true – positive messaging for the home.

Alan called his daily visits to the home a ‘godsend’ after his wife’s dementia had become too advanced for him to care for her at home.

And the release mentioned that the home specialised in dementia care.

Alan was quoted as saying:  “It’s been lovely to spend time with the residents and the staff have been so welcoming. Unfortunately Jean couldn’t appreciate what a wonderful place this is. But as a family we knew how well she was cared for.”

The release also described how staff had made a special effort to ensure Alan knew how much his time was valued with a farewell presentation of chocolates, flowers and a personal note of thanks.

The home manager said: “We’ve been delighted to see him every day and the residents have enjoyed immensely his company.

“As a care home, we’ve benefited enormously from his support and we are so happy to know it’s been helpful to him to be able to come here after his wife passed away.”

Thirdly – and as importantly – we had commissioned some eye-catching photographs – so increasing the chances that the story would be featured strongly within the paper.

All in all, not only did this strong human interest story secure a front page it also secured coverage in a string of other local media.

The home had become the most well-known within the local area read, most importantly, by prospect families.

P.S. Want to “test us out” to see what media exposure results we can deliver for you? Check this out