Springup PR’s “excellence” has secured it place on a shortlist for another prestigious 2014 PR award.

Our work with PJ Care on the launch of its Eagle Wood Neurological Care Centre has been shortlisted for a 2014 PRCA Dare award, which recognises PR excellence in the UK.

It follow’s Springup PR’s shortlist in the 2014 Golden Hedgehog New PR Agency of the Year.

PJ Care’s Eagle Wood Neurological Centre, in Peterborough, is the UK’s only specialist  care centre able to treat all neurological conditions on one site.

Media attendance of the launch event, and subsequent coverage was extensive, including a double-page ‘Special Report’ in Peterborough Evening Telegraph and two ITV news features. Other coverage included the entire front page of Healthcare Business magazine, and the front page of Caring UK magazine. There were also features in Care Industry News and Care and Nursing Essentials. Total audience reached with entirely positive messaging was 938,000. 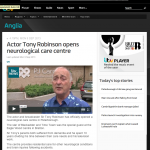 “This resulted in an increased number of referrals from a much wider spread of commissioners, helping us to stay on target with admissions to Eagle Wood Neurological Care Centre.

“The coverage…has had a wide-reaching impact in relation to our credibility as a neurological care provider. It has also prompted contacts from people as far afield as New Jersey, USA and the Middle East.”

Adam James, Managing Director of Springup PR, said: “On looking at the list of judges for this award, I think we have a right to feel pretty chuffed to be on this shortlist. 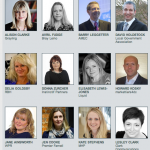 “And it’s our second shortlist for a major PR award in a matter of months  – it confirms our vision that being a PR agency run by former senior journalists turned PR pros is the way to go.”

The PRCA is the largest PR association in Europe, representing 12,000 people in agencies, in-house communications teams, and individuals.

DARE stands for “Debating Agenda and Recognising Excellence”, and the award winner for the “Live, Loud and Launched Award” will be announced in June.