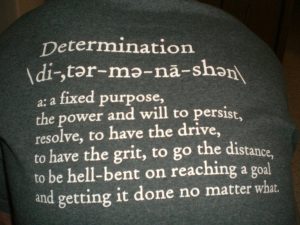 Determination and persistence is a core PR skill

“Follow up to the death” – that’s often what I instruct colleagues when they’re pitching a story on behalf of a client to a target journalist.

What this means is: “Keep on contacting the target journalist until s/he says accepts or declines your pitch.”

A high-risk tactic? Maybe so considering journalists at best sigh with resignation or at worst abhor with passion when PR pros badger them with “non-stories”?

But, if a ‘pitch’ is truly solid, tight, forensically focused and conveys a genuine ‘story’ then you must “follow up to the death”

Here’s one real example of “following up to the death”.

All in all, it took 6 emails and one phone call until I received a response from the target Huffington Post editor.

The exact exchange is as follows…

My first email pitch to target Huffington Post editor (incidentally, this editor was not a regular ‘contact’ or ours, and we did not have his mobile phone number)

Zilch response. (Definitely not unusual not to hear back after just one pitch)

* Three days later I followed up:

“Hi xxxx – sorry for following up this again. If it does not interest you, would you be able to let me know? Thanks so much….”

I phoned the Huffington Post and was told the editor “did not take phone calls”, and that I should email him. (An increasingly common predicament with some media)

“Hi xxxx – so sorry if I’m being over persistent. But it would be great if you could let me know either way?! All best, Adam

Bingo! Hallelujah! Reach for the skies!

We had a positive response

“Thanks for getting in contact,” said editor emailed me.

So, yes, we’d got the commission – the hardest part in any media pitch. And it had taken 6 emails and one phone call to get there.

This is what I mean by “following up to the death”.

Do it right, be courteous, and sprinkle with light humour, and you’ll be on a winner.

But, please, only ever do this if your pitch is spot on.

If not, you’ll just infuriate your target editor and you’ll have etched a place forever on his/her hate-list.

* Want my Free Guide On How To Choose A PR Agency?